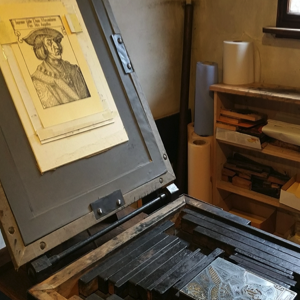 In recent times, graphic design plays a key role in the success of a business. A significant budget is allocated for graphic design in advertising and marketing of a business, its products, and services. It deals with the visual presentation of any product or service in an effective way.

This is done by a business to attract clients or consumers. All those fabulous websites, business cards, brochures, and banners you see are the result of graphic design. Every design agency has a separate team that executes the graphic designing aspect of advertising or marketing campaigns.

The origins of graphic design can be traced back as long as 15,000 BC. It is an extremely old concept and can be considered a part of the history of arts. The traces of it can be found in the Lascaux caves of France. In these caves, one can see different drawings carved on the walls.

The Blau Monument in Iraq is considered the first historical piece to have text and drawings together. Blau Monument can be seen as the earliest form of modern graphic design.

The introduction of pamphlets

The introduction of paper by Cai Lun in 105 AD also resulted in the concept of printing. During those days, writing and drawing on paper became immensely popular among people. The printing press was introduced somewhere in 1040 AD. The first modern printing press was established as a paper mill in 1276 in Italy.

It was called Fabriano and is still in operation today. A couple of centuries later, paper mills were established throughout Europe. Around this time, pamphlets were introduced in England, France, and Germany. Later, the idea of making brochures and leaflets was also born.

With industrial revolution, many countries became major capitalist economies. As the number of industries grew with time, new businesses were established and the markets became more competitive. Earlier, only a couple of industries were needed for creating a product.

In the 20th century, there were several manufacturers for a single product. The use of color and graphics in advertising was in great demand. Every business wanted to advertise their product, so that they could sell more than their competitors.

Graphic design during the 1900s

As industries expanded in the 20th century, graphic design became a lot more essential for businesses. Graphic design was explained well in a book called The Art and Craft of the Machine written by Frank Lloyd. This book became the theoretical foundation of modern graphic design.

It was during the 20th century that logos became an important means of identifying a company and its brand. In the late 20th century, rapid technological advancements took graphic design to its next level. Many artists began using various digital tools for graphic design.

Today, owing to the extensive use of computers, the world has become more of a global village. As the competition has intensified even more, both small and large businesses introduce new products frequently. Graphic design is now used in online advertisements, web pages, and digital posters as well.

It won’t be wrong to say that graphic design has blended well into the daily lives of people. Even an ordinary individual uses graphic design today to send creative images through smartphone apps. 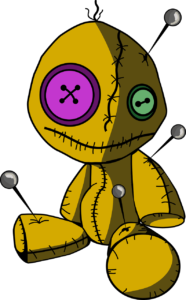 We’re the Magic People and the Voodoo People. We want to discuss your company’s design needs! Available for project or piece work.

Email us on hey [at] magicpeoplevoodoopeople.com